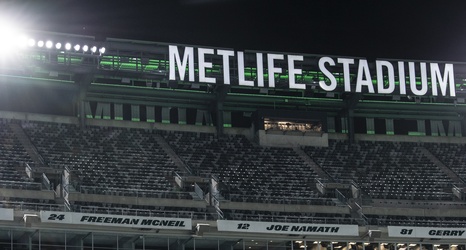 Two football fans are requesting in their $6 billion lawsuit against the Jets, Giants and the NFL that the two teams drop "New York" from their names because they play in East Rutherford, New Jersey, according to Rich Calder of the New York Post.

"New York City is the Big Apple, home of the Statue of Liberty, .