Giannis Antetokounmpo Just Learned You Can Dunk Oreos in Milk 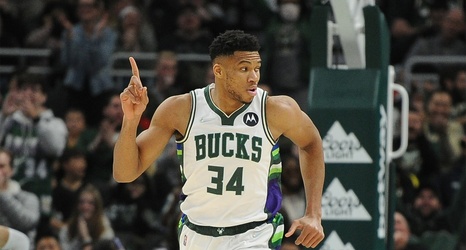 It's never too late to learn something new, especially during the holiday season.

For some, it's action-based, like how to ride a bike or maybe learning to ski for the first time. Others might be learning how to make grandma and grandpa's famous pumpkin pie. But for one Bucks star this Thanksgiving season, he's learning the magic of cookies and milk.

Giannis Antetokounmpo stole the show on Wednesday night but it wasn't because of his 33 points, seven rebounds, five assists, two blocks and two steals. Instead, it was because of his two-minute in-depth breakdown of discovering Oreos and milk when asked if the iconic cookie would be on his Thanksgiving menu.