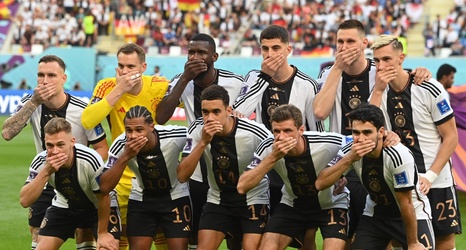 After the national anthems are played at the World Cup, teams take their individual squad photos in a tradition that often goes overlooked. However, Germany’s photo from Wednesday match against Japan became quite notable when the starting IX all covered their mouths in a form of protest.

Keeper Manuel Neuer told The Athletic after the team’s World Cup opener that he and six other players had the idea Tuesday night, and he said, “FIFA will never silence us.”

“We said they can take our armband, but as much as FIFA might want to, they will never silence us.