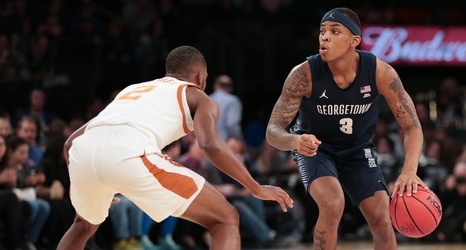 Georgetown’s starting point guard James Akinjo and reserve big man Josh LeBlanc will no longer be members of the Hoyas’ basketball team, head coach Patrick Ewing announced Monday. As a result, the two have both entered the transfer portal, according to Stadium’s Jeff Goodman.

Through seven games this season, he is averaging 13.