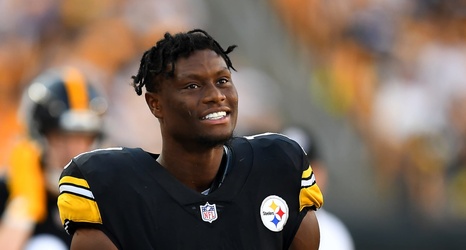 Pittsburgh Steelers wide receiver George Pickens may have just made the catch of the year.

The rookie wideout out of Georgia made an unbelievable one-handed catch during Thursday's game against the Cleveland Browns. It was so remarkable that he's now drawing comparisons to Odell Beckham Jr.

On Nov. 23, 2014, Beckham burst onto the NFL scene as a rookie out of LSU, and he made his mark when he made a ridiculous leaping one-handed catch in the end zone for a touchdown against the Dallas Cowboys.