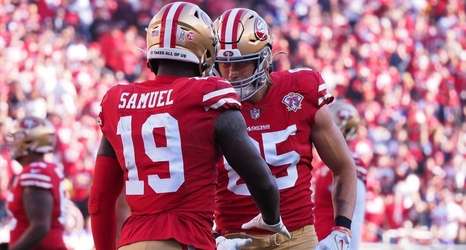 Deebo Samuel’s contract situation with the 49ers remains unsettled with the team, but that doesn’t seem to be bothering his teammates. In fact one of his top teammates thinks the situation should’ve been settled earlier.

“In hindsight, I would've paid Deebo three-quarters of the way through the season, try to do a contract in-season,” he said on the Bussin with the Boys podcast. “Probably would've been cheaper. Christian Kirk really set the market off.