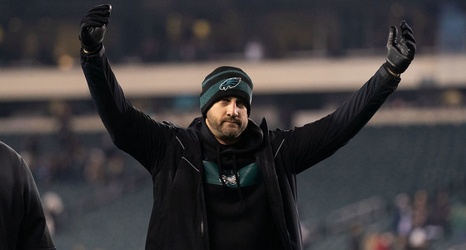 The Eagles weren’t trying to reinvent the coaching-search wheel in January 2021. If they’re being honest about it, more than anything, they were just scrambling to catch up.

Doug Pederson was fired on Jan. 11, a full week after the regular season ended. Three days after that, the Jaguars announced the arrival of Urban Meyer, the Jets officially took Robert Saleh off the market, and the Lions and Falcons were moving on Dan Campbell and Arthur Smith, respectively. Quietly, the Chargers, too, were readying to quickly hire Brandon Staley, as soon as the crosstown Rams’ ouster from the playoffs would allow it.