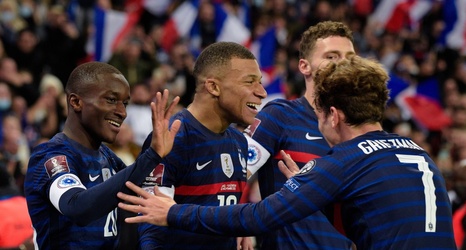 France will have a chance to defend its World Cup title, while fellow European power Belgium will look to finally overcome its newfound rival.

Both nations clinched their tickets to Qatar on Saturday with comfortable wins in their respective World Cup qualifiers after their epic UEFA Nations League semifinal last month where France came back from down two goals. The two powerful attacking sides were also the protagonists of a memorable 2018 World Cup semifinal that ended in a 1–0 France win.

Kylian Mbappé, the breakout star of the 2018 World Cup in Russia, led the way in France's 8–0 barrage of Kazakhstan on Saturday with his first-ever hat trick for Les Bleus, which came in the first 32 minutes.