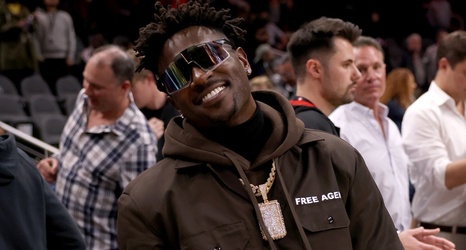 If Antonio Brown never plays another down in the NFL again, he will always have music. The former star wide receiver is slated to perform at Worcester’s Whiskey on Water on Thursday at 8:30 p.m. in Massachusetts.

Brown has released several rap albums, singles and EPs over the past two years, including the song Pit Not The Palace. It has more than 1 million listens on Spotify and was released right after his infamous departure from the Buccaneers in January.

During a matchup against the Jets, Brown left in the middle of the game in dramatic fashion.