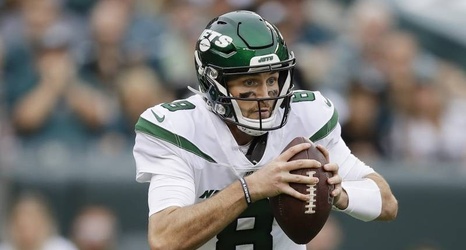 Free-agent quarterback Luke Falk has reportedly filed an injury grievance against the New York Jets after getting released by the team last month.

According to Manish Mehta of the New York Daily News, Falk is dealing with a hip injury, but he was not listed on the injury report before or after New York's Week 5 loss to the Philadelphia Eagles, which marked his final appearance for the team.

Falk is the second player to file an injury grievance against the Jets this season, as guard Kelechi Osemele filed one last month.