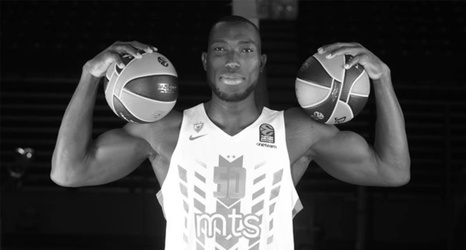 The Nigerian-born basketball player was taken to a hospital in the Serbian capital, but doctors failed to resuscitate him, Belgrade media reported.

"The sudden and shocking death has deeply shaken everyone in the club," Red Star said in a statement.

Ojo was reported to have tested positive for the coronavirus, but also that he had recovered. Local media reported that he died of a heart attack.

After going undrafted in 2017, Ojo moved to Europe where he started his professional basketball career with FMP Belgrade.