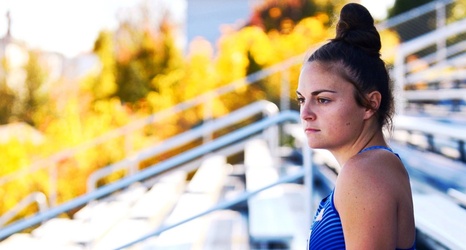 Noelle Lambert has always been a top-tier competitor on the lacrosse field.

Growing up in New Hampshire, Lambert began playing lacrosse in the eighth grade, and played on one of the most competitive club teams in the northeast: Granite State Elite.

During her sophomore year of high school, she heard about the emergence of a new Division I lacrosse program at University of Massachusetts Lowell, where she ultimately decided to extend both her academic and athletic careers.

Lambert played attack at UMass and was the team’s leading scorer, starting in all 17 of their games during her freshman campaign in 2015.