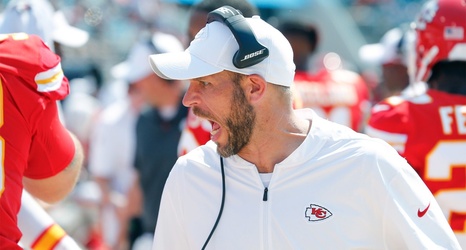 Former Chiefs assistant coach Britt Reid has been charged with felony driving while intoxicated for his role in a car crash in early February that left a five-year-old girl critically injured.

Prosecutors in Jackson County, Mo. said Reid, who is the son of Kansas City head coach Andy Reid, "operated a motor vehicle while under the influence of alcohol, and acted with criminal negligence by driving at an excessive rate of speed." State medical records revealed a .113 serum blood alcohol concentration.

If convicted, Reid would face a potential one to seven years in jail.