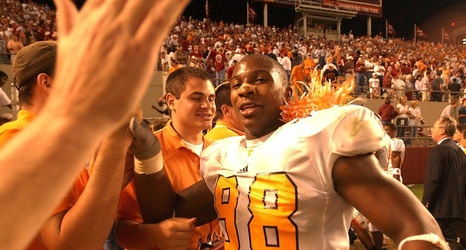 Former 49ers and Saints linebacker Parys Haralson has died at the age of 37, the Niners announced Monday. His cause of death has not been released.

After his playing career, Haralson served as the Niners' director of player engagement from 2016 to 2018.