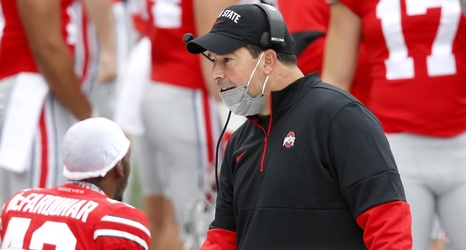 Forty names, games, teams and minutiae making news in college football (“How To Correctly Spot A Football” handbook sold separately in the Pac-12, specifically to the crew that tried to ruin the Oregon–Oregon State game):

It’s been an exhausting fall everywhere, but nobody has had more drama than the Big Ten. The season was called off. Then the revolution was on. Then the season was restored and restarted at a late date. Now the Big Ten season is in complete crisis mode in the final stages. There could be a conference championship game that matches up neither of the highest-ranked teams, and the league may be in a lobbying situation to get its best team into the College Football Playoff.