Forde-Yard Dash: Is LSU or USC the Better Job? 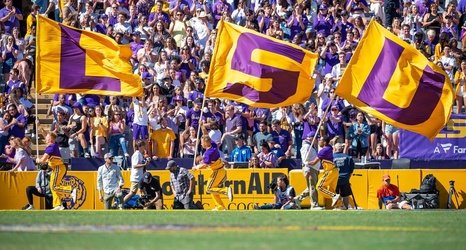 Two top-shelf coaching jobs are now open for the 2022 season, weeks ahead of the usual hiring/firing season. When USC and LSU open at the same time, some other coaches are about to get paid—either for taking the jobs or using them as leverage with their current employers. There could be multiple crossover candidates, particularly Penn State’s James Franklin (11), whose reported $7 million salary is surpassed by only David Shaw and Dan Mullen among coaches who have never made the College Football Playoff.