For Roger Federer, London Is a Sensible End to a Long Career 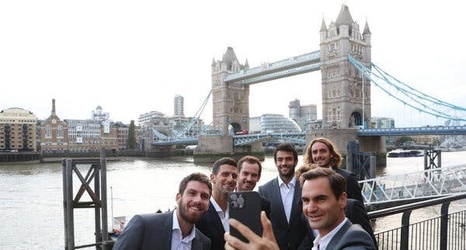 It was in London where Roger Federer became a genuine star: strolling onto Centre Court at Wimbledon in 2001 with a ponytail and nondesigner stubble and then coolly and stylishly ending the long reign of Pete Sampras with a fourth-round upset.

So, it seems fitting, or at least symmetrical, that Federer will end his competitive tennis career in London, too, playing one last doubles match in the Laver Cup on Friday night, alongside his friendly archrival Rafael Nadal.

It of course would have been a fuller circle for Federer’s final act to have come at Wimbledon. But that would have meant playing best-of-five sets on often-slick grass, and though his spirit is still willing, his 41-year-old, postoperative knees are not.