For Gymnasts, Getting a Grip Is Sweeter Than … You Know 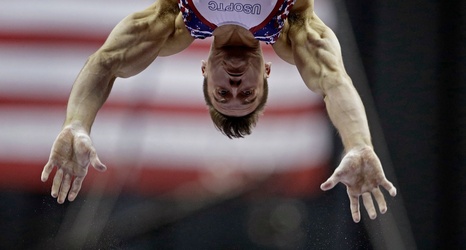 He squirts a drop from his honey bottle onto one of his palms and rubs them together until his hands are nice and sticky. Then he reaches into the chalk bucket, dusts up both hands, salutes the judges, takes a deep breath and grabs the bars. He’s ready to go.

“It’s golden,” he said of his honeying technique.

Mikulak has lots of company. Though it’s little known outside this world, virtually all competitive male gymnasts honey up before they take flight.