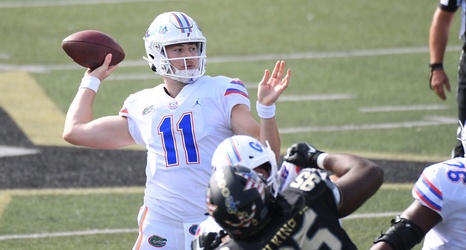 Florida Gators quarterback Kyle Trask is still carving out his path toward a record-setting season.

Trask became the first player in Southeastern Conference history to throw 30-plus touchdowns passes through the first seven games of the season.

Despite a slow start against Vanderbilt, Trask went 18-of-24 for 245 yards and has two touchdowns midway through the third quarter.

Trask ranks second in the SEC in QBR (93.