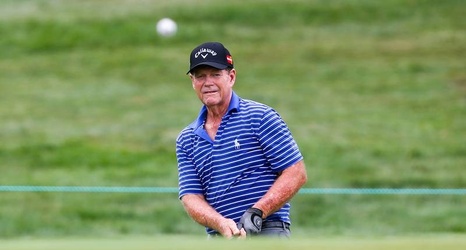 The 38th U.S. Senior Open will be the sixth USGA championship conducted at Salem Country Club in Peabody, Mass., and the first since the 2001 U.S. Senior Open, won by Bruce Fleisher. This year, there are some notable players competing in their first U.S. Senior Open (David Toms, Jerry Kelly and Nick Faldo), others looking to add their name to the Ouimet Trophy for a second time (Bernhard Langer, Kenny Perry and Colin Montgomerie), and a few established stars looking to break through after runner-up finishes in past championships (Tom Watson, Miguel Angel Jimenez and Fred Couples). Here are five groups to watch on Thursday, June 29 and Friday, June 30, during the first two rounds of the 2017 U.