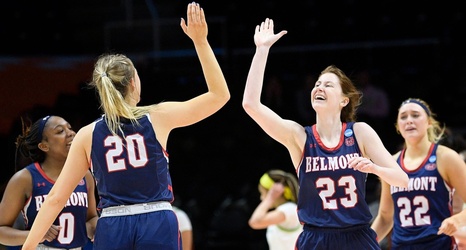 “People talk about how there isn’t any parity in women’s basketball… This is March Madness,” Berube said. “It’s awesome for mid-majors, because it’s great basketball. Yes, Power 5 conferences like the SEC, the Big Ten, they’re great teams… But you’re seeing it. Like, there is awesome basketball at the mid-majors, and I’m loving it."

Berube would know: Her No. 11 Princeton had just upset No. 6 Kentucky. And they weren’t alone. This March has featured six first-round wins by double-digit seeds on the women’s side—most of them from mid-majors.