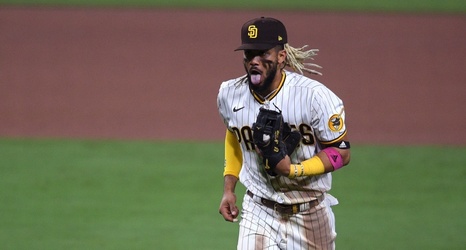 SAN DIEGO — In discussing options for a long-term deal with electrifying young shortstop Fernando Tatis Jr., the Padres brought up the concept of "a statue contract."

As in, if the kid is as good as Hall of Famers Tony Gwynn and Trevor Hoffman were, maybe in 15 or 20 years there will be a statue of "El Niño" alongside those Padres greats in a grassy area just beyond Petco Park.

The options were year-to-year, a multi-year deal that bought out a year or two of Tatis's free agency or a contract in which Tatis was with the Padres for likely the rest of his career.