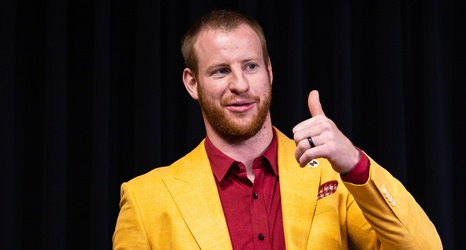 While Pro Football Hall of Famer and ESPN commentator Troy Aikman believes the Washington Commanders will be Carson Wentz's "last opportunity" to prove he can be a franchise quarterback, another football league that features some former NFLers says otherwise.

Fan Controlled Football, which features the likes of Terrell Owens, Johnny Manziel and soon Michael Vick, suggested Saturday in a tweet that Wentz has a future in its league should his NFL career come to a halt.

Since finishing third in MVP voting as a member of the Philadelphia Eagles in 2017, Wentz has struggled mightily, which has resulted in him bouncing around the league.