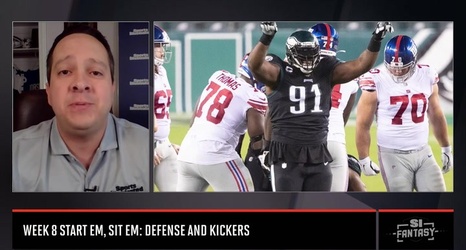 Start of the Week

Blankenship has emerged into one of the top kickers in fantasy football, as he ranks tied for fourth in fantasy points at the position. He's scored double digits in four of his first six NFL games, and he's had a strong floor as well. So while this week's matchup against the Lions isn't favorable on paper (kickers have averaged just 3.7 points against them since Week 3), Blankenship has emerged into one of those kickers you start every week.

Be sure to check out my Week 8 rankings before finalizing any lineup decisions or if your league has special scoring rules, sign up for SI Fantasy+ for customized rankings.