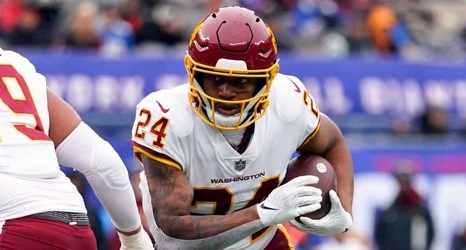 The summer is here, meaning we’re getting closer to the start of fantasy football drafts. Success in those drafts will come from landing terrific bargains in the middle to late rounds while avoiding players who could see their numbers decline compared to 2021. That latter exercise isn’t easy, however, especially in the case of players who are among the elite at their position or are coming off breakout seasons in the stat sheets.

Case in point: In 2020, David Montgomery emerged into a fantasy superstar as the lead running back in Chicago. He finished fourth in fantasy points at the position while putting up career highs across the board.