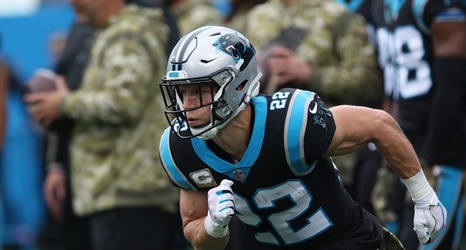 Christian McCaffrey is flirting with injury again. But this one doesn't appear likely to cost him playing time.

According to NFL reporter Joe Person, the superstar running back is dealing with an ankle injury but expected to play this week:

RB Christian McCaffrey showed up on the injury report. He was limited with stiffness in his ankle. Team said he should play Sunday against the Saints.

McCaffrey, 25, has seen each of his previous two seasons impacted by injury. In 2020, he played in just three games after dealing with a high-ankle sprain and shoulder issue.