Ezekiel Elliott Forgets To Log Off, Admits To Being High on Twitch: TRAINA THOUGHTS 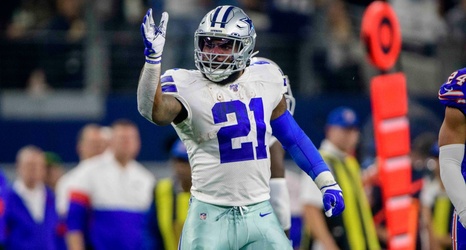 1. It's been quite a ride during the pandemic for Cowboys running back Ezekiel Elliott.

Back in April, he showed no regard for quarantining or social distancing after he was busted for participating in a gathering/party with teammate Dak Prescott.

Then Elliott ended up testing positive for corona and complained about HIPPA laws on Twitter even though it was his agent who revealed he had corona.

And now we have Elliott telling everyone he was "low-key faded" on his Twitch stream last night because he forgot to log off.

Quarantine life isn't easy for any of us, but if anyone needs to clean things up, it's Elliott.