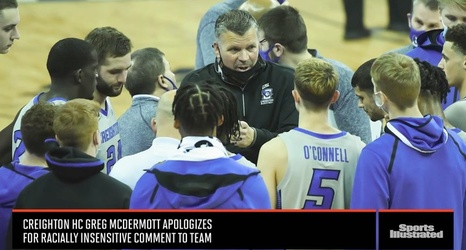 Former Creighton commit TyTy Washington confirmed, for the first time publicly, to The Athletic that he de-committed from Creighton because of coach Greg McDermott's "plantation" comments.

“It was definitely the controversy,” he said to The Athletic. “I really wanted to attend Creighton. It felt like the situation and the plan Coach McDermott had for me was really good. So it was kind of heartbreaking once I found out what he said. I just felt like the day and age we’re living in—a police officer just killed another young Black man for no reason—him saying something like that, it’s just not right.