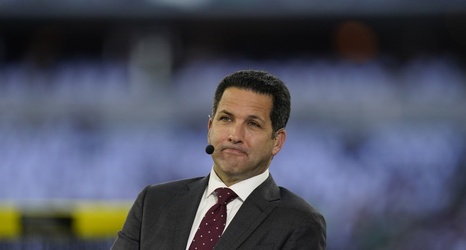 Leaked emails from the NFL's investigation into sexual harassment and verbal abuse allegations within the Washington Football Team organization revealed ESPN reporter Adam Schefter sent a story on the 2011 lockout to WFT team president Bruce Allen before it was published, according to Sam Farmer and Nathan Fenno of the Los Angeles Times.

On Wednesday, Schefter released a statement addressing the findings.

"Several emails between Allen and journalists are part of the filing too," Farmer and Fenno wrote. "In one of them from July 2011, ESPN NFL Insider Adam Schefter sent Allen the draft of an unpublished story that was published later the same day.