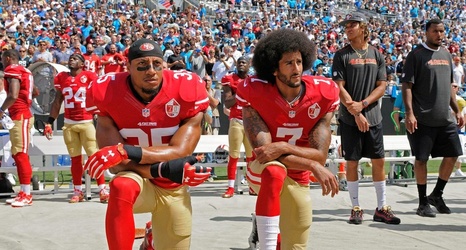 Reid called out several teams that tweeted the hashtag and an image of a black box, including San Francisco, his former team.

Several teams are marking Blackout Tuesday, a day for businesses to pause and reflect in the wake of the killing of George Floyd—a Black man who died last week in Minneapolis police custody after an officer pressed his knee into Floyd's neck for several minutes.

Reid also criticized the Texans, Cardinals, Falcons and Bears for their posts, believing teams blackballed his former teammate Colin Kaepernick for kneeling during the national anthem in 2016 to protest police brutality and racial injustice.