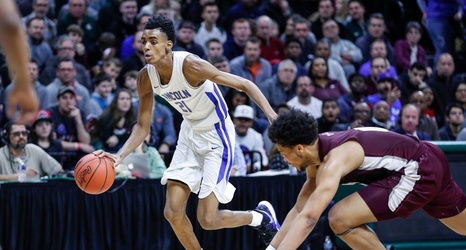 Emoni Bates, widely considered the top basketball prospect in the country and a possibly No. 1 NBA draft pick in 2022, surprised many on Monday afternoon when he appeared on ESPN and announced that he has committed to Michigan State. There's a chance he may not get there since he just finished his sophomore year at Ypsilanti (Mich.) Lincoln High School and plans to start his father's new prep school. Time is on Bates' side and there are still plenty of options on the table for the direction of his career before he even steps foot on campus in East Lansing.