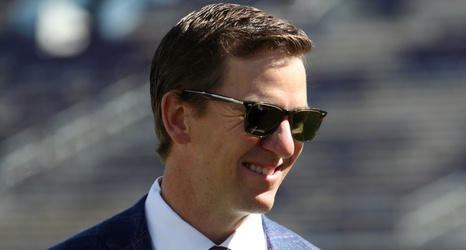 Former NFL quarterback Eli Manning appeared on The Tonight Show Starring Jimmy Fallon on Wednesday night and shared a hilarious story of him getting recognized at a store.

However, he didn’t get spotted for who he actually is, which is a two-time Super Bowl winning quarterback for the Giants.

“I get to the counter and the guy looks at me and goes ‘Are you who I think you are?’” Manning said. “I’m like ‘Yeah, I think so.’ He goes ‘Oh my gosh! Michael Phelps is in my store!’”

The audience of Fallon’s show erupted in laughter when hearing this.