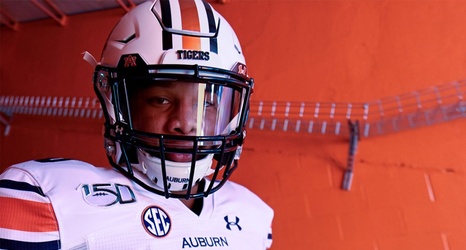 Eastern Kentucky linebacker Michael Harris was arrested earlier this week after nearly body-slamming a police officer in Grove City, Ohio to the pavement. Harris is facing a felony assault charge, per police reports, as well as misdemeanor charges of resisting arrest, obstructing official business and disorderly conduct while intoxicated.

Harris has been suspended from the team and all football related activities, according to a statement Thursday afternoon from EKU to ESPN. Harris was a redshirt freshman at Auburn last year, playing in 11 games. He transferred from Auburn last month.

In a dash-cam video recorded from a police car, Harris appears to confront one officer while another stands by.