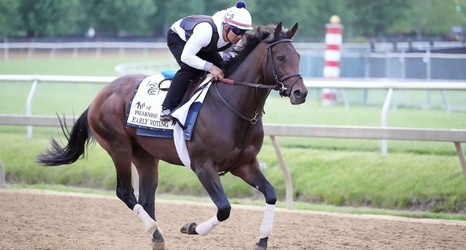 Chad Brown's Early Voting broke away from the pack on Saturday and captured first in the 147th edition of the Preakness Stakes.

The racehorse, ridden by Jose Ortiz, finished just ahead of Epicenter, the Preakness runner up at Pimlico Race Course in Baltimore. Creative Minister and Secret Oath finished third and fourth respectively.

Preakness runner up Epicenter, Secret Oath, Early Voting, Fenwick and Simplification, who finished fourth in the Kentucky Derby two weeks ago, were the top five horses with the best odds to win with less than an hour before Saturday’s race.