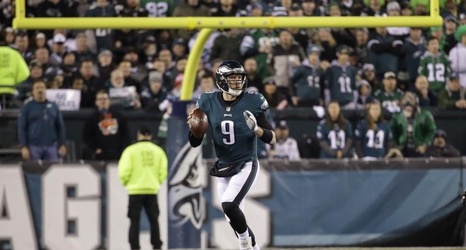 Philadelphia Eagles backup quarterback Nick Foles has overcome the odds and public perception to beat the Atlanta Falcons and the Minnesota Vikings in the NFL playoffs.

Now he's faced with an even greater task as the NFC champion Eagles prepare to take on Bill Belichick, Tom Brady and the New England Patriots in Super Bowl LII.

While the two quarterbacks will not be competing directly against each other, Foles has to know Brady excels in pressure situations. He led the Patriots back from a 10-point deficit in the fourth quarter of Sunday's AFC Championship Game, and he also helped the Patriots overcome a 28-3 deficit in last year's Super Bowl against Atlanta.