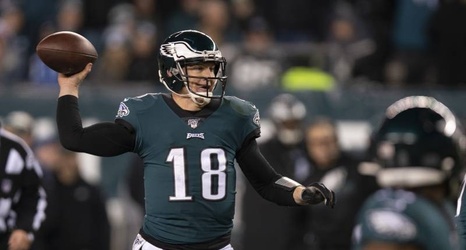 The Philadelphia Eagles reportedly want quarterback Josh McCown back next season—just as long as he's on the sidelines.

According to Jeff McLane of the Philadelphia Inquirer, the reigning NFC East champs discussed adding McCown to their coaching staff in his exit interview, with the possibility of making the 40-year-old the Eagles' offensive coordinator.

McLane notes that McCown rebuffed the offer, instead telling the team he wished to continue playing.