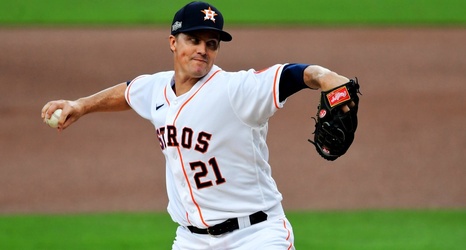 SAN DIEGO — Dusty Baker was pretty sure he knew what he wanted to do, but he was willing to be convinced otherwise. He strolled to the mound in the sixth inning of Game 4 of the American League Championship Series, planning to look his starter in the eyes and hear what he had to say.

Well, what Zack Greinke had to say was nothing. But Baker liked the look in his eyes, and he liked what catcher Martín Maldonado had to say: “He can get this guy.”

So the Astros' manager turned around and walked back to the dugout.