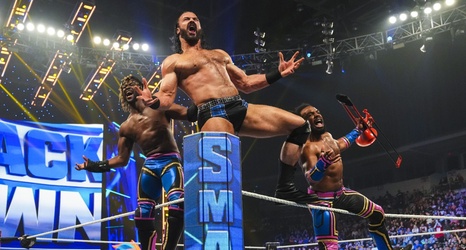 SI.com’s Week in Wrestling is published every week and provides beneath-the-surface coverage of the business of pro wrestling.

Drew McIntyre is on a direct path toward Roman Reigns.

A two-time WWE champion, McIntyre wants a title shot against Reigns at the UK-based Clash at the Castle pay-per-view in Cardiff this September. But that card is two months away, which means he needs to continue to show on a weekly basis that there is absolutely no one better to challenge the reigning champ.