Drew Brees to Leave NBC After One Year, per Report 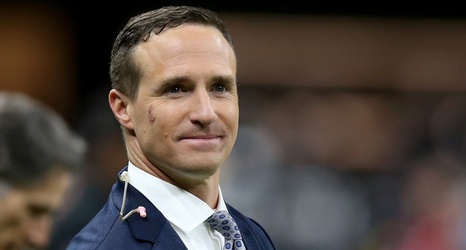 Drew Brees will not return to NBC after just one season as a studio analyst, according to a report from New York Post‘s Andrew Marchand.

Marchand reports that the decision between Brees and NBC appeared to be mutual, as Brees envisioned a role as a color commentator, while the network wanted him as an analyst for Football Night in America.

With Cris Collinsworth still working as the color commentator on Sunday Night Football with new full-time play-by-play announcer Mike Tirico, there simply were not enough games available for Brees to call.