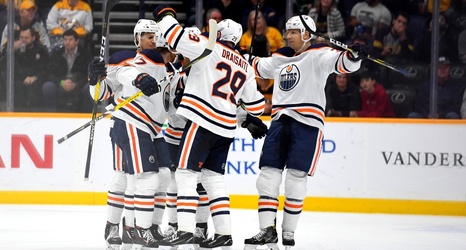 NASHVILLE, Tenn. — Leon Draisaitl had the first four-goal game of his career and added an assist as the Edmonton Oilers routed the Nashville Predators 8-3 on Monday night to sweep the season series.

Connor McDavid scored the go-ahead goal in the third period and had four assists. Kailer Yamamoto and Josh Archibald each had a goal and an assist, and Zack Kassian also scored as Edmonton won its second straight.

Nashville had dominated Edmonton lately, including 13 straight wins between 2014 and 2018. These aren't those Oilers, though.