‘Do I Really Belong Here?’: Korean Americans in the N.B.A. Wonder 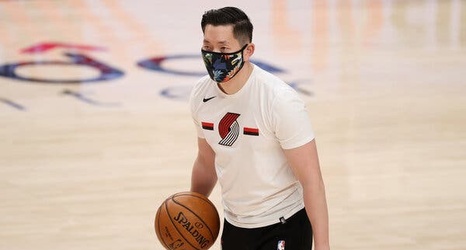 Early this season, Evan Scott was officiating an N.B.A. game in Portland when a member of the Trail Blazers’ coaching staff approached him during a timeout.

As a second-year referee in the league, Scott is accustomed to coaches complaining about calls during timeouts.

Jon Yim had sought him out for a different reason.

For much of Yim’s nine years as the Blazers’ video coordinator and player development coach, he has rarely shared the court with another Korean American. Scott, 28, is believed to be the first Korean American to officiate in the N.B.A.

“It was a nice little interaction to feel recognized and recognize him, as well,” said Scott, who was born in South Korea and adopted by an American family.