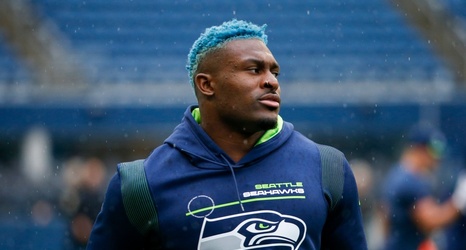 The Seahawks receiver was ejected in Seattle's 17–0 loss to the Packers after a scuffle in the fourth quarter, and he attempted to re-enter the game for a 3rd-and-10 with 1:13 remaining. But unfortunately for the Seahawks's star, his afternoon was over after as officials walked into Seattle's huddle.

Metcalf's gaffe appeared to be somewhat of an innocent mistake, though his frustration was palpable on Sunday. The Seahawks have lost four of their last five following Sunday's defeat, and Metcalf tallied just three receptions for 26 yards in Green Bay.