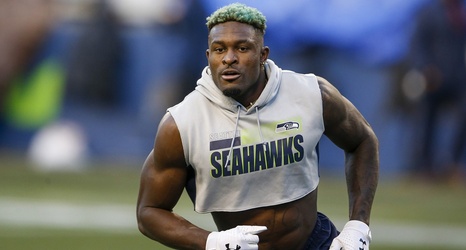 Seahawks wide receiver D.K. Metcalf will put his speed to the ultimate test this Sunday when he competes at the USATF Golden Games in the 100-meter dash, USA Track and Field announced on Twitter.

Metcalf returns to track after USATF welcomed him to test his speed.

The 6'4" wideout sparked a debate over his speed when a video of him chasing down a would-be pick-six went viral against the Cardinals. Metcalf clocked an estimated top speed of 22.64 miles per hour and covered 114.8 total yards on the play.