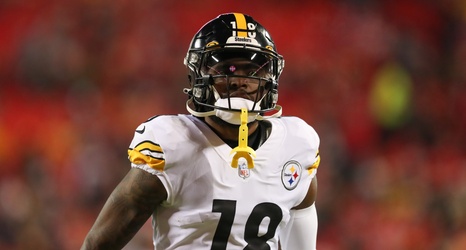 Diontae Johnson and the Pittsburgh Steelers have agreed to terms on a contract extension.

Per NFL Network's Mike Garafolo, the wide receiver will be paid $36.71 million over two years on his new deal.

ESPN's Adam Schefter noted Johnson can earn up to $39.5 million and is guaranteed $27 million.

Johnson was entering the final season of his rookie deal. He is going to earn $2.79 million in 2022, will get a significant short-term pay day and the ability to become a free agent after the 2024 season.

Amid an offseason that saw many wide receivers sign lucrative new contracts, the 25-year-old wasn't making a big issue about his deal.