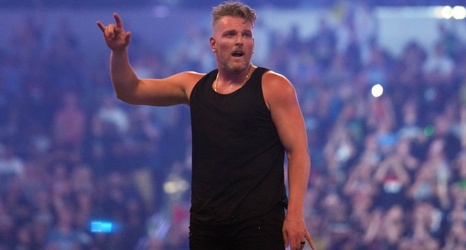 1. I’ve said many times that the only negative with ESPN’s Monday Night Football ManningCast is that because it’s so good, we will now be subjected to a million ManningCast copycats, and the vast majority of them will be awful.

However, ESPN has come up with a concept for a new type of ManningCast that will no doubt be a smash success.

Pat McAfee announced Thursday that he’s teaming up with Peyton Manning’s Omaha Productions to do a “simulcast” for six games during the college football season to be aired on ESPN2.

Some details on the news: