Derek Carr on Jon Gruden: 'I Love the Man, I Hate the Sin...No One's Perfect' 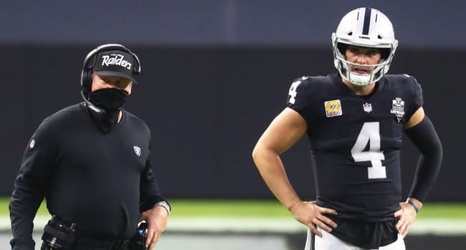 "Its hard because I love the man so much," Carr said, per Levi Damien of USA Today. "I have family members that have done things ... I think more than anything coach needs people to love him ... but at the same time what's right is right and what's wrong is wrong."

Gruden coached Carr since arriving with the team in 2018, which was Carr's fifth season in the NFL.