Demaryius Thomas Died of ‘Complications of a Seizure Disorder,’ per Report 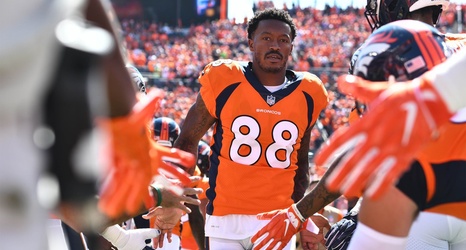 The Fulton County (Ga.) medical examiner’s office has determined former All-Pro receiver Demaryius Thomas died of “complications of a seizure disorder,” according to an autopsy obtained by 9News Denver.

Thomas, 33, was found dead in the shower in his Roswell, Ga. home on Dec. 9, two weeks before his 34th birthday. A day later, Thomas’s family issued a statement saying they believed he died after suffering a seizure while showering after revealing he had been dealing with recurring seizures since a car crash in 2019.

According to 9News, the Medical Examiner confirmed Thomas suffered from a seizure disorder, but could not determine if it’s “a result of natural causes or a sequela of head impacts” from his football career.