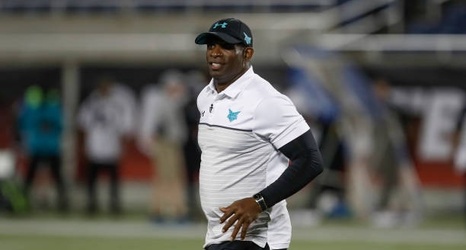 In a post on Instagram, Sanders had this to say when none of the 259 players drafted this year were from HBCUs:

"And we have the Audacity to Hate on one another while our kids are being NEGLECTED & REJECTED. I witnessed a multitude of kids that we played against that were more than qualified to be drafted. My prayers are that This won’t EVER happen again. Get yo knife out my back and fight with me not against me!