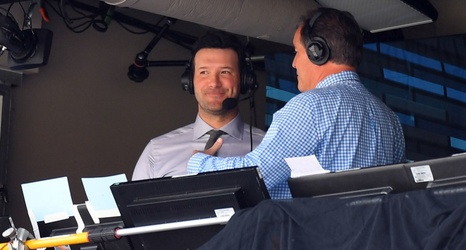 1. Tony Romo may call his last game for CBS this Sunday when the Titans face the Chiefs in the AFC Championship game.

Romo's three-year deal with the network is set to expire after this season and potential suitors can make their bids to acquire the best analyst in the game. (The man even breaks down a Stone Cold Steve Austin celebration like no other.)

Obviously, ESPN and Monday Night Football could be major players for Romo, although Joe Tessitore and Booger McFarland remain under contract. Jim Miller and I discussed how all this could play out on this week's SI Media Podcast, which you can listen to the podcast below or download it on Apple, Spotify, Stitcher and Google Play.