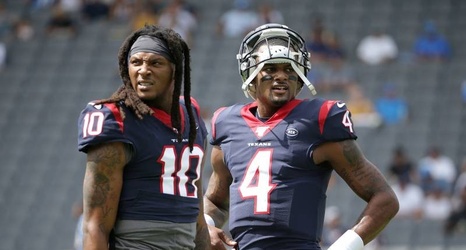 However, Hopkins doesn't expect Watson to hold the surprising transaction against the Texans, as he told Jalen & Jacoby:

"Deshaun's a warrior. Deshaun's a competitor. As long as he has a football in his hand, that's all he cares about. I know that personally from knowing him over the years. Man, Deshaun's an elite quarterback, the best quarterback I've had the chance to play with so far.